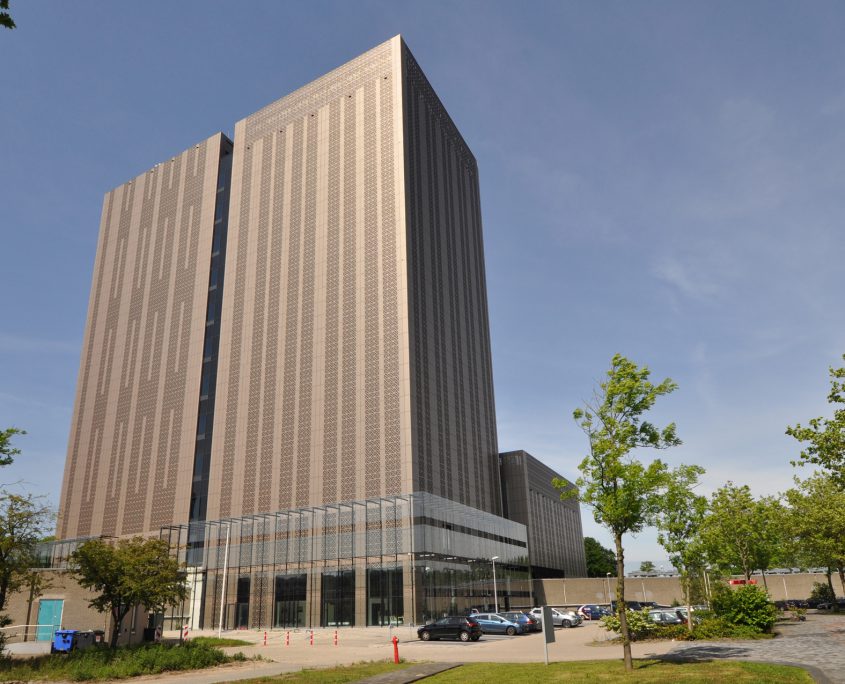 Maps were disabled by the visitor on this site. Click to open the map in a new window.

New building for the Amsterdam Data Tower at the Science Park in Amsterdam. The design of the Amsterdam Data Tower incorporated the lines of sight of the urban design of the Science Park, resulting into the remarkable shape of the building. The building is 72 meter high and has a gross surface area of 16.000m2. De facade is covered in bronze coloured panels and provided with a triangular perforation, referring to the footprint of the building. The new building is constructed on top of the pre-existing building which was able to continue in service.

The exterior of the Amsterdam Data Tower is an architectural masterpiece, while the interior is a technological masterpiece. The data centre of Digital Reality is equipped with an advanced cooling system with its own thermal energy storage system. The optimal combination of cooling with underground water during summer and with outside air during colder months, contributes to strong reductions in energy consumption.

The new building of the Digital Reality (previously TelecityGroup) datacentre at the Science Park in Amsterdam is designed by Rosbach Architects in collaboration with AGS Architects. More information at www.amsterdamdatatower.com